I grew up with the Dare program, at the peak of the Reagan Era “Just Say No” campaign and suffice to say, it didn’t work for me or any of my friends. At the end of the day, it was a total waste of taxpayers money for a bunch of outright lies and propaganda. The official policy was that drugs were evil and must be eliminated at all costs. Meanwhile, we helped jumpstart the cartels and gave tax breaks to the pharmaceutical companies to make sure that white-collar Americans weren’t left out. If you don’t think the drug war was anything more than a war on minorities, than wow man….

The 90s were a confusing time. 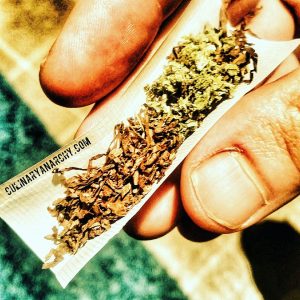 Luckily I worked in a bar and it didn’t really take me long to form my basic opinions towards various substances. I’ve kept an open mind and even done a few things I thought I wouldn’t do and even a few things I didn’t even know about yet, but for the most part, my opinion hasn’t changed much. The stoners were always in a good mood, the drunks seemed to be wasting away at the bar nightly on stools paid for by their self-pity. The people who did blow did a lot of it, all the time, but damn if those girls didn’t have their side work done in record time. I was also smart enough to know that things like crack and heroine were just nasty shit I had no interest in being around let alone doing and that has stood the test of time. Mushrooms and acid sounded like fun but I lived in a shit hole town that didn’t have good drugs so I knew it would be a while before I could try them.

As it turns out I was right about most of it and while I have done a few lines of blow, I can honestly say I’ve never done meth, heroin or crack but I’d be lying like a motherfucker if I said LSD and Ayahuasca weren’t amazing. I also lost a few friends to overdoses and formed a weird hatred towards a few things.

I was closing my Kitchen and I got a page from my Godmother (this was before cell phones became widely available) and I knew something was weird since it was late and had the 911 behind the number. I walked across the street to a payphone, away from the customers with a knot in my gut knowing something was bad. She was a bit confused since she didn’t know who the guy was and she was only delivering a message from my mother who I wasn’t on speaking terms with at the time.

Dave had relapsed and overdosed.

What she didn’t know was the Dave had been the husband of one of my waitresses and had not only been one of my first weed dealers when I was a kid but also one of my first sponsors a few years later when I tried to get sober. He was from south Florida, crazy as fuck and lived through the 70’s and 80’s heyday. He thought his heart could handle a few lines of blow and clearly it couldn’t. It took me years to stop demonizing cocaine and accept the fact that he was human, fallible and made a mistake. Cocaine didn’t kill him, a “momentary lapse of reason” did.

Drugs are neither good or bad, they’re substances.

It’s not like various chemicals have a personality or that Tequila makes you get into fights or fuck random people. It’s a substance that you have a reaction to when you make the choice to consume it (we’ll get to addiction in a minute ) and the reaction can be good or bad depending on various factors. Alcohol is a depressant and I am very well aware of the fact that I have a drinking problem and this means I don’t ever drink when I’m upset about something since I know for a fact that it will only make a shit situation way worse.

Addiction is a bitch

First off I do consider myself to be an addict. It is what it is. The bitch is that it crops up in some very strange ways and it’s like playing a game of whack-a-mole. I’ve more or less got my drinking under control, mainly because I can’t deal with hangovers and yet I can easily spend days on end alone working without eating or talking to anyone and I have to force myself to unplug. Sex is another one thus why I’m such a raging slut. I’m constantly having to second guess my own motivations and intentions in order to maintain some semblance of balance or functionality.

Then you have drugs which chemically cause the body to become dependent so that even people who aren’t Addicts become Addicts to that substance but are otherwise fine. Either way, it causes people to do some dumb shit,

The tender mind of a child…

I was 13 when I started smoking weed. No one pressured me at all and in fact, I had been pestering my cousin for months to smoke a joint with me. I knew what it was, I knew what it did and I knew

that everyone who I thought was cool got stoned. He finally let me take a few hits and it was as awesome as I had hoped and I’ve been a daily smoker since aside from 6 months in 1999/2000.

Would I get a 13-year-old high right now, even if I didn’t have to worry about going to jail? I feel like a hypocrite for saying this but no, I wouldn’t. Maybe a toke or two on special occasions but I would not be cool with a kid smoking as much as I did. True, I had some great times with my friends but I took it way too far and could have done a lot more with my time. That and the fact that your brain doesn’t fully develop until you’re 17 or 18 so it does mess with it a bit.

Ahhh, but this is the problem. Most people don’t know how to properly use drugs and then when they do something stupid, they blame the substance. If you have never used a chainsaw and you don’t read the manual and then cut your hand off while trying to use it to hang a photo, your a dumbass. The chainsaw did what it was supposed to. It held its end of the deal and cut but it’s way easier to blame an object or substance than it is to take responsibility for choices you make. You know damn well that Bourbon slows you down and makes you dizzy and it never fails to do that. You made the choice to drink it knowing what it would do and then you drove into the lake. Your car isn’t submerged because Bourbon is bad, it’s there because you’re an idiot.

For fuck’s sake, you could almost label chocolate as a drug since it alters your mood and has a chemical reaction with your body. At the same time, it’s lethal to some people. Same goes for nuts or damn near anything else, hell my own uncle developed an allergy to black pepper in his 60s after eating it his entire life. Does this mean chocolate, nuts, and pepper are bad and should be banned or outlawed? No, it means that some people can handle them and others can’t.

Drugs are not the end all be all. 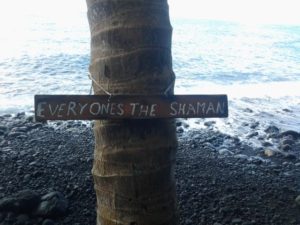 Too many people think that doing shrooms or Ayahuasca will give you enlightenment. If that was the case I’d be floating with a blue glow around me and be curing kids of cancer. They’re helpful yes, but you still have to do the work. It’s like reading a book on meditation and then not meditating. Medicine will show you some amazing thing but you have to be the one to take action and follow through on what you see.

They’re tools, plain and simple. Just like prayer, meditation, service work etc. There’s no one size fits all cure all for any of life’s ills. We’re all slightly different and this means that some things might work wonders at certain points and in certain situations but nothing is going to ever fix everything all the time. Even faith requires action and the flip side is that there are also a ton of times where it’s best to remain still thus proving the point. I don’t know whats best for myself most of the time so I sure as hell can’t tell you how to live your life since we all have our own path to walk.

I’d be lying like a motherfucker if I told you that I didn’t love drugs. I’d also be lying if I told you I hadn’t watched friends and family fuck up their lives and end up dead because of it. It’s not a black and white issue.

Is there a time and place to smoke a joint or have a few drinks? Can certain substances enhance certain experiences? Yes, some of the best times of my life were passing a joint with my crew after a busy night or having a glass of wine with a beautiful woman. Doing Ayahuasca humbled me and helped me pull my head a little farther out of my ass and helped me get my priorities in order.

That being said, I don’t miss the days that I had to drink to function and I know I’m only a few stupid moves away from that life again. The booze isn’t at fault, it’s my own lack of sense that leads me back there.