Listen, I get it, no one wants to see animals get hurt, most people aren’t that sadistic. I sure as hell am not. I also know that, while compassionate, people are also very selfish and while they might know that a pig has been raised and slaughtered, they don’t have to see it or face it when they go buy their bacon. This is a problem and it’s also why I’ve said numerous times that “If you’re not willing to kill it, you don’t deserve to eat it.”

People would eat a lot less meat if this was the case. I know it’s a bit extreme and I’m not saying that it should be part of daily life, my point is that 90% of the population is seriously disconnected from how our food is raised and processed. Most people have their head in the sand on the issue and they like it that way. With the truth being as disgusting as it is at times, can you blame them?

So people got up in arms when I said that the minority of outspoken assholes made it harder for other Vegans to share their lifestyle, diet, whatever, with nonvegans. The simple point was that if you’re not bashing someone and forcing your opinions on them, they’re more likely to listen and be open to change. 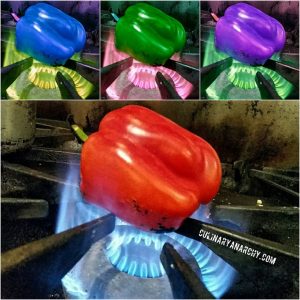 I also caught a world of shit for the fact that I’m Vegan about 30% of the time which brings me to my next point. It doesn’t have to be all or nothing and 30% is way better than 0%. I know it’s not the 100% you want but that’s just never going to happen so let’s look at some math.

If the US cut back chicken consumption by just 20% you would save 646 million lives which is a lot better than none, if my math is correct. This is just with Chickens, if we did this with Beef and Pork, it would have a massive impact for the better.

On the same note, again, I get it, the stuff that goes on at these factory farms is appalling. Before you put me on blast for serving meat, please remember, I put my money where my mouth is and I go out of my way to source products that’s been raised right by people who care about the animals. Yes, I pay a bit more but it’s worth it to help small farms stay in business. If it wasn’t for guys like me spending real money, things would be much worse for everyone.

We need to face the fact that people are going to eat meat no matter how pissed off some of you get. I know it hurts, I want to live in Utopia too but we have to face what’s in front of us and make the best out of a shitty situation. We can’t save all the cute little Chickens but, if you’re cool about it, we can save 646 MILLION of them every year.  Plus cows and pigs and fuzzy little bunnies.

Those of you who eat meat, my challenge to you is this. Forget being Vegan or any of that, it’s to try something new, outside of your comfort zone. A lot of you guys that want to bash Vegans have never really tried it so I hope that you will open your minds a bit and see if something happens.