Why is it that it’s always the dumbest of the group that’s the loudest about their stance? It gives the rest of the scene a bad name. Potheads give normal cannabis users a bad rap and these militant vegans are really not helping the cause.

I’ve said it before, I am vegan about 20-30% of the time, for a lot of reasons that yes, include me taking an issue with the way animals are raised and slaughtered. There’s also the health and environmental issues and the rest of the stuff vegans love to talk about.

I know I know, for most of you it’s got to be all or nothing and I’ll cover why that’s bullshit in another article.

We know these things and we take them to heart. I get it, it’s hard to know what’s going on on some of those farms and feel powerless. The shit can make you pissed off, I get it.

I get that you want to see change, that you’re on fire with the desire to have an impact and make the world a better place. I think that’s fucking awesome and I admire it. 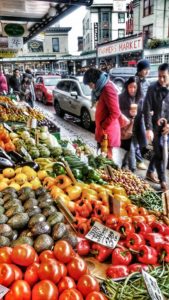 But some of you folks need to get a fucking grip and realize that you’re doing a lot of harm to the cause you love so much. You’re being assholes and instead of swaying people to your side, you’re pissing them off and making them want to eat a double bacon cheeseburger.

The overly aggressive tactics, no matter your intention is in fact, highly counterproductive.

Case in point: I’m a smoker. I know, I know, I’m a horrible person and all that shit, I know how bad it is for me and I’m trying to cut back and quit. The thing is, every time I try, some self-righteous jackass decides to say something stupid. When someone gives me shit for lighting up, it doesn’t make me think “Hey, this person cares about me, they don’t want to see me hurt myself”…. No, my first thought is “Fuck you, you’re not my real dad Todd!!!” and in turn, light another smoke.

At the same time, when I’m around my nonsmoking friends who aren’t assholes giving me shit when I need to step outside, I tend to smoke less. I don’t feel any pressure and I end up guilt-tripping myself into going without.

You want to win people over and make the world Vegan, okay, fine. You need to change the game plan and focus on attraction. You need to make being Vegan sexy. You need to focus on why it’s awesome and not why people who eat meat are assholes. When you tell people they’re wrong, they get defensive and stop listening, and then you’ve lost.

Look at it like this, you’re walking down the street and on one side, there’s a bunch of assholes with signs and photos of bloody animals and the people are angry and screaming and telling you that you’re wrong. On the other side of the street, you have some people sitting around, eating hummus and laughing and they invite you over to share.

Which of these two groups are you going to hang out with?

See my point? Good! Go forth and Cook like you fuck!!!

If you dig this site, help us out for a $1 a month on Patreon