It might be the wiring but if that was the case, there would be issues with the lights. That’s not the situation so it’s got to be the carburetor. God damn it I hope it’s the carb, I can fix that, I think. I was sorta able to fix it on the Metro so at least I have a half a clue what I need to do to possibly get the bike running. 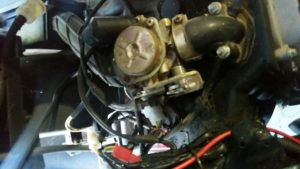 For those of you who aren’t batshit nuts, this might not make a whole lot of sense. Consider yourself both boring and very fortunate. Right now I’m more broken down than the bike. Broken, not beaten. Like the bike, I can be repaired and in fixing the bike I’m also focusing on building something instead of dwelling in my own neurotic bullshit. I can’t change what’s going on but rebuilding something is a hell of a lot better than sitting in my own head.

Working on the bike means I’m focused on solving the problem. While in a lot of ways I’ve lost hope and given up in myself, I haven’t given up on the bike. I’ve already put a few bucks and a lot of time into getting this piece of shit running and it’s close, it’s soooooo fucking close. It’s a 50cc Chinese knockoff but I’m going to get this thing in riding condition. Hell I don’t even have a battery, I’m having to kick-start this fucker to get it going every time, much like myself. Yeah, I need to get a battery….

It runs, just not for long.

Ahh, the sound of the engine revving for the first time sounded as sweet as girl screaming she was going to cum again. I was excited, I felt accomplishment but it was short lived. I quickly found out that just because the engine was running didn’t mean it was fixed and rideable. The bike, like me, might have been functional for short periods but after a mile, it died and refused to turn over. This means that I fixed one thing that needed to get fixed, that I was moving in the right direction that progress is being made. I’m not wasting my time…

I could take it to a shop.

I could also get on meds and take the easy way. That’s not what I want. I need to understand what’s going on with both my head and the bike. The only way I can do this is by looking at what’s working and what’s not and not only ruling out everything that’s fine but fixing what’s not.

Med’s are like fix-a-flat, they don’t repair the damage, they cover it and allow you to be functional. It can get you a few miles but your tire is still messed up and you need to get a new one. I’m not trying to mask the symptoms, I’m trying to dig out the root of the problem and fix it.

This will not be the last bike I own nor will it be the last time that shit hits the fan in my life, I know this. Even if things are perfect, if they’re not maintained, they will wear and need to be fixed again. If I can understand what’s happened and is happening, I can take better care of things both the bike and myself and, possibly, prevent another full-on breakdown later on. You may call me a dreamer…..

And the lack of a battery. I’m literally working on this while also working on the scooter. I have to go back and forth because part of me is ready to see how far I can throw the damn thing. Plus, I can smoke and write and I don’t quite trust an open flame around this thing. Fuck me, the fuel filter might be screwed as well. Yeah, it’s screwed….

Turn out it’s a lot of little things

And, surprise surprise, I couldn’t do it on my own. I had to ask friends to take me to get parts, I had to have people help me take off the tire. I was right, it was partly due to the air filter, it was also the fuel filter, the lack of battery, gaskets in the carburetor being loose and several other minor issues that worked together to create a massive clusterfuck.

Right when I was about to borrow a shotgun and go full redneck (I’m not kidding), my buddies wife’s cousin was able to get her running. You need to understand, this guy has some struggles and could easily be overlooked yet he was able to do more in 15 minutes than me or anyone else could in a week so don’t ever judge a book by its cover.

There’s no shame in asking for help

To fix things, your bike, your head, whatever. It’s when we try to do everything ourselves that things often get nasty. No matter who you are, how smart or tough you think you are, you will encounter things out of your league. Even in the Kitchen, if I’m not 110% sure I can pull something off, I’ll find someone who can and at least run my gameplan by them to make sure I’m not missing anything. A quick 10-minute call can often save you a whole lot of hassle and headache. Even if you have a plan, if it’s as solid as you think it is, it will be able to hold up to scrutiny.

It’s not going to happen overnight.

This, both the bike and the shit in my head are not going to get fixed overnight but I will say this, it’s running well enough for me to get a hundred miles under me in the past two nights and allow me to think straight enough to get this article out. Ahhhh, but I still have to get things tuned and running tight. Then I have to keep up with basic maintenance.

The guys who owned this bike didn’t take care of it and I sure as hell haven’t been taking care of myself either. The breakdown of both the bike and myself are a direct result of mistreatment and neglect. I’ve been putting off a lot of things I need to take care, ignoring a lot of truths I need to face and now I have no choice but to confront this shit head on. As difficult as this process has been and no doubt will continue to be, I’m grateful. Progress is being made and things are getting done.

Special thanks to all of my Redneck friends at Guidos house for wayward Musicians who helped get this thing running. 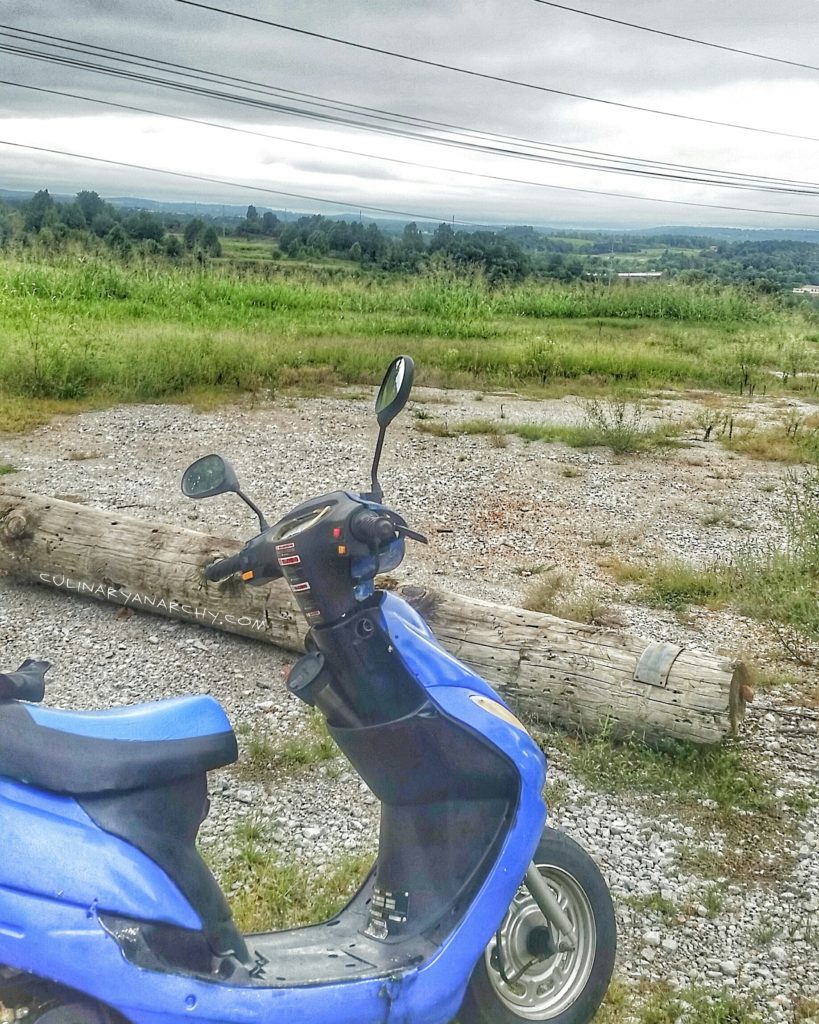