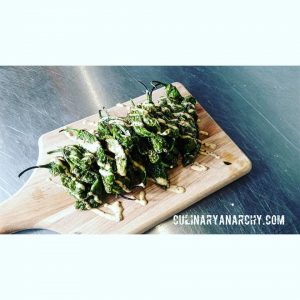 Even most chiliheads don’t know about these small, sweet, East Asian peppers but they make a great appetizer. I like to fry em personally but you can easily toss em in some oil and roast them in the oven. In fact, this is healthier than my way but I’m a fat kid at heart.

The other nice thing about these is that they’re both vegan and gluten-free and are easy to make at the last minute. Heads up, they might be hard to find in some places so you might have to search, but they’re becoming more and more popular so you shouldn’t have too much trouble finding them.