Yes, I am fully aware of how odd the final cut is. And at the same time, I’m rather proud of myself for having the balls to attempt it.

Just like the cookbook and this site, the idea sounded great while stoned out of my mind. The practicality of pulling it off on the other hand….

“I’m going to go and cook with some cool Chefs, and we’re going to do what we want and feed some cool people, and I’ll travel and film the whole thing”…. 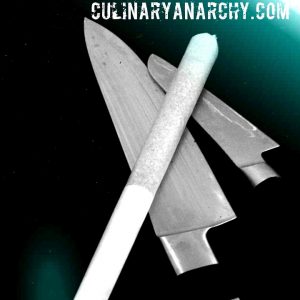 We have some amazing weed in Seattle.

First I tried to raise $30,000 for a national tour. I got laughed at and raised $150 mostly from family to “humor me”. It was painful, I had everything I needed except the cash. And any kind of experience making a movie. But the idea stuck.

The summer passed and so did my chances and it was a blow to my pride. I knew that I was crazy but that the basic concept made sense. After all, I’d been doing this for years, just not on camera.

It was the interview with Dario…

The sax player for a horn group called the Lucky Chops (great guys). Sitting in the same coffee shop I had managed a few years prior, hearing tales from the tour. It made me hungry and reignited the fire.

What if I scaled it back a bit? Stuck to just a few events on the west coast? I could save a few bucks on a car and hotel by taking the greyhound and showing “Real America”. I could do it punk as fuck and keep it raw.

I still only raised half of it.

But a few hundred bucks to make a film is better than nothing. Meanwhile I plotted and did everything I could to learn as much as possible about well, how to make a documentary.

Turns out, it’s not as easy as it sounds.

You have to deal with lighting and audio and camera angles and frame rates and whatever the fuck white balance is. Gear is expensive and fragile and heavy. And yes, the GoPro that most of the documentary was filmed on, was given to me by my mother since I sure as hell couldn’t afford to drop $200 on a camera. 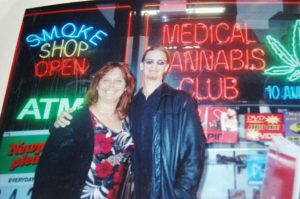 Understand that I’ve walked into blank spaces and turned them into fully equipped and functional restaurants in a matter of weeks. I’m good with this kind of thing. But trying to manage 3, at the same time, when you’re depending on volunteers and aren’t on location is a whole other beast. The fact that I got them organized at all in spite of the odds is amazing.

All I had to do was go cook and film.

Everything I did was faced with setbacks. I found and lost 3 locations in Seattle before finally getting the owners of the bar I worked at to let me host the event on a Saturday afternoon before we opened. I didn’t have another cook until the day before….

Just thinking about the bullshit is stressing me out.

Yet it was way too late to turn back. I was on the roller coaster and I knew it was going to be a ride. We pulled off the Seattle event but at the same time, I didn’t get the diversity I wanted but the group enjoyed it and seemed to appreciate the effort.

The next morning I left and the days that followed are blurry at best. Lack of sleep and lots of drugs have that effect. 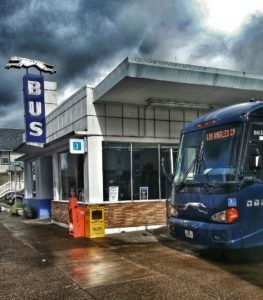 Oakland was better than I could have hoped for and LA was fun, but everyone flaked. Both Chefs and guests other than one chick from instagram so yeah, it was frustrating but I still learned.

There’s no way to put this nicely.

As soon as I got back I went through a nasty nasty dirty nasty break up. This delayed the editing process and that’s all I’m going to say about that.

Oh, the other thing I have to mention and some of you long time readers know this, the site got hacked and more or less destroyed 5 days prior to me leaving for the tour. And my artist flaked on the stickers.

It’s been a rough few months.

Yes, after editing and watching the damn thing what feels like a thousand times, there’s a million things I would have done completely different. But the simple fact is that I did it.

This is where it relates to you.

I had a crazy idea that I believed in. Despite the lack of support and the overwhelming setbacks, I still found a way to pull it off. I didn’t sit on my ass and talk about it, I took action and got my ass on a bus with a camera and a mission.

This site had never been about me, it’s been about inspiring you the reader. It’s about making you want to get off your ass and into the Kitchen. It’s about getting you to take the backroads into the strange while we still have the freedom to do so.

The goal has always been simple, to bring people together through food and prove we can get along if given the opportunity. Did I capture that on film? You tell me…