So thanks to our country’s ass-backwards drug laws, finding weed in a new place can be a major hassle and, for the inexperienced, a potentially dangerous situation. I’ve been on the road for years and gotten ripped off a few times and while I’m not an expert at this, I have enough experience to help you avoid some of the bullshit that goes along with this. 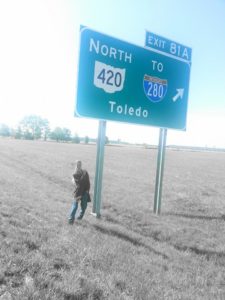 So you find yourself having to travel to parts unknown suddenly and you don’t have any friends you can call. Keep in mind this is for finding Marijuana and nothing else. Typically its cheap and easy to find if you know how and where to look but if you’re a junkie please fuck off and get some help

Follow these hints and don’t be stupid, if something doesn’t seem right get the fuck out

Don’t carry on the plane, or the train, or in your car.

Most of the time I’m lucky enough to live in Seattle where its legal and no one gives a fuck. But in most places its illegal and cops, well, they don’t have what would be considered a history of tolerance. Despite what the bill of rights says, you can and will be searched for any stupid ass reason they come up with. While it might not hold up in court it can be a major pain in the ass. Play nice with the cops and don’t give them a reason to fuck with you.

Knowledge is your friend:

Be friendly to everyone:

Just be nice to people, if I can do it so can you. When you travel you’re in someone else’s home so act like you have some manners. Don’t be two-faced either. Talk to the cab driver and the check in person at the hotel. If they seem cool, drop a hint and find out. If they’re really cool just point blank tell em. Most cabbies have been asked a hundred times and get a better deal for reffering tourists. If not then you have to go sniff out a bag and this is never fun.

You are going to have to deal with drug dealers:

No disrespect to you guys or what you do but just like with being a Chef, you have to be kind of a fucked up person to be good at the line of work. Weed is a bullshit drug and the profit margins are a joke. Dealers have it but that’s not what they make there money off of. The sad thing is that in places like Chicago, it’s easier to score crack and meth off the street than it is to find an 8th of grass.

But shit weed is better than no weed. You’re buying from an unknown source and chances are the stuff won’t be great, be grateful to score

Have your money ready:

This is both polite and common sense. Dealers don’t often carry change and you never want to show how much cash you have. Never ever ever pull out your wallet. This is a stupid amateur move I’ve watched a dozen people make over the years. I’m not saying you’re going to get robbed but….

You’re clearly new in town, confused and what would be called “easy prey” for people that might not have your best interests at heart. While you don’t want to advertise what you’re doing, it’s a simple and small transaction that can be carried out discreetly in plain view. You’re not buying weight and most people are too busy looking at their cell phones to give a shit.

Cash for goods only:

Don’t let him take the money and run to his boy’s house cause you won’t ever see that money again. If his own homie doesn’t trust him with a $20 bag for ten minutes why should you trust him with your cash? If you think you’re getting hustled, you’ve already been hustled.

When all is said and done..

Really man, it’s weed. Chances are you either live in or will be going through a state it’s legal in. Be smart, pay attention to your surroundings and don’t let your desperation cause you to get ripped off by a scam artist.

At the same time, you can meet some pretty awesome people and make some new friends if you keep an open mind.