Recently I was talking with a coworker who mentioned he’d just eaten at some bullshit “fast casual” spot. The guy knows me and he knew immediately from my facial expression that he had fucked up.

“But, but, they’re serving more local food.” he tried to mutter knowing that the wheels were turning in my mind as I tried to figure out how to tell him that he was an idiot.

“You do realize it’s not a regulated term?” I replied, calmly so as not to scare him away.

He looked confused so let me explain.

Key words and catchphrases are just that, they sound good to the ignorant and they look great in bold print on a glossy menu while you’re sitting in some chain shithole surrounded by a bunch of stupid “antiques”.

The thing is that they don’t mean a fucking thing. There are no regulations or guidelines for the use of these terms and any marketing team can slap em on a product knowing full and fucking well that most people are too stupid or lazy to do their homework or even be bothered to question it.

How in the hell is a national chain whose claim to fame is consistency in their products, regardless of location, able to serve local products? Ponder away on this for a second.

On that note, what is local? Is it 10 miles? 50? 500? The answer is that it’s none of the above since it’s not a regulated term. It means whatever the hell the marketing agency needs it to in order to sell you a product.

It’s the same thing with most places that use the term “Scratch Kitchen”. It’s not a joke, the fucking Cheesecake factory uses this term in its Craigslist help wanted ads. As of this article, they have yet to respond to numerous requests for an interview, just like Sysco. 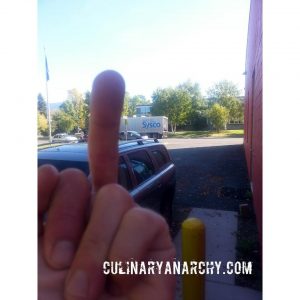 Yes, I am calling the food at these places shit and I can say that since I’ve worked in a few corporate food production facilities (they’re not Kitchens) and I’ve never felt so ashamed to touch a plate.

Do you really fucking think that the Kitchen Managers of these places give a shit about anything other than reaching sales quotas? Do you think that they’re actually going to local farmers and tasting green beans in the fields? Seriously? 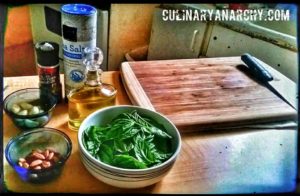 When I serve pesto, I use fresh basil but since I’m in Virginia, things like olive oil and pine nuts have to be brought in from places that they’re actually produced. It’s still fresh and it’s a hell of a lot better than the mass produced shit that comes in a plastic bag that the chains use, but I sure as hell wouldn’t call it local.

Ahhh yes, I might be able to say I get my beef or eggs from a local farm but that’s also because they can keep up with the demand. A place that has 500 locations in 37 markets has no other choice but to use mass production industrial farms.

So how do we fix this?

It’s easy, stop supporting these strip mall chain restaurants. They’re killing local businesses and destroying the Culinary world. Support the locally owned places and the Chefs who are still striving to make real food the right way. Hell, even where I’m at right now, despite being a total shithole, has a lot of culinary talent if you’re willing to venture out of your comfort zone.